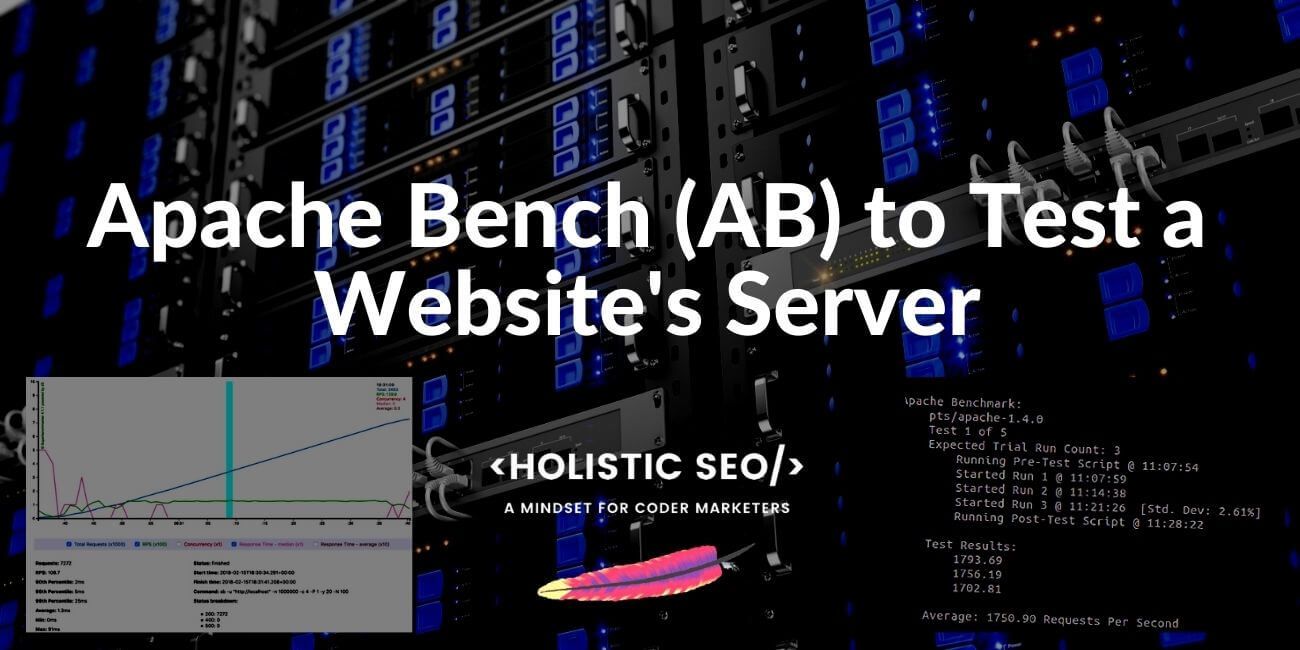 Apache Bench (ab) is a popular HTTP load testing and performance benchmarking tool. It can be used to test the speed of a website’s server. The best way to use Apache Bench is to run it from your local machine, which makes it very easy for beginners or intermediate users who are looking for something accessible. The interface is user-friendly and provides results within one minute of running the program.  Apache Bench (AB) gets installed automatically within the Apache web server, or it can be installed separately as an Apache utility by the user. Also, Apache Bench can be used with Asp.NET Core APIs.

What is the Application Life Cycle Management for Apache Bench?

Load test is an important step for measuring the endurance of a web server for an application or website. If a website can’t respond to a requestor, it won’t be able to satisfy the users. Thus, a website or any project with a server should perform HTTP Load testing before launching its project. Also, Time to First Byte is a page speed metric that related to the power of the server, thus testing a server with Apache Bench can give an idea to an SEO or developer about the server’s situation compared to competitors.

To download the Apache Benchmark with “apt-get” command, you can use the example below.

To download and install the Apache Bench (AB) for windows, you should choose the correct binary zip version and modules for your load testing purposes and device. In this example, you will see an Apache Bench installing process for Windows 64bit, from Apache Lounge.

After downloading the “Apache 2.4.47 Win64” file as a zip file, you should extract the file as a folder and open the extracted file to take the “ab.exe” file from the “bin” folder.

How to Use Apache Bench for Load Testing?

To use the Apache Bench (ab) the steps below should be followed.

An example of usecase for the Apache Bench is below.

The explanation of the code block is below.

Below, you will see the result of “Apache Bench” test result.

According to the output of the Apache Bench usage example, the time per request was 276 MS, and 36.21 requests performed per second. The max spent time for connecting was 1018 MS, for processing, it was 1081. Simply, we can see the general situation of the webserver for Holisticseo.digital with Apache Bench load test.

Note: To use the Apache Bench load testing tool without an SSL Configuration, you should use “HTTP” instead of “HTTPS”, and a trailing “/” should exist on the URL.

What can be learned from an Apache Bench Load Test?

An Apache Bench load test includes information about the things below.

What are the Parameters that can be used with Apache Bench Tool?

The parameters that can be used for an Apache Bench test and their explanations are below.

How to Print an Apache Bench Load Test Result?

There are two different methodologies for taking the output of the Apache Bench load test as a file.

How to Output Apache Bench Result Load Test to a File as HTML Table?

The “-w” parameter here will print all the output as a HTML Table with raw codes.

How to Print out an Apache Bench Load Test Result as GNUPLOT and Text File?

In the current working directory, you will see an output file as “output.txt”.

Below, you will see the output file’s content for the Apache Bench test.

In the Apache Bench load test result as a text file, you can see the request date, and response times. On the other hand, Gnuplot is a data visualization programming language, and a “Gnuplot” file can be used to visualize the Apache Bench test results.

An example test with the 100 concurrent requests from 10 virtual users at the same time by keeping the HTTP Connection alive for Facebook with Apache Bench Load Testing is below.

You can see the Apache Bench test tool usage example’s output for Facebook below.

An example test with the 100 concurrent requests from 10 virtual users at the same time by keeping the HTTP Connection alive for Twitter with Apache Bench Load Testing is below.

You can see the Apache Bench test tool usage example’s output for Twitter below.

An example test with the 100 concurrent requests from 10 virtual users at the same time by keeping the HTTP Connection alive for Google with Apache Bench Load Testing is below.

You can see the Apache Bench test tool usage example’s output for Twitter below.

What are the other Methods for Load Tests?

The load test methods are listed below.

Load Test methods for web servers beside Apache Bench are listed above. Silk Performer, Test Studio, WebLoad, BlazeMeter, and Apache JMeter are the most used Load Test technologies and software.

How to Perform Load Test with Python?

To perform a load test for a webserver the locust Python library can be used.

To perform a load test with Python’s Locust library, the code block below can be used.

Then, the written code block should be called and worked from the command line prompt. In the future, there will be a more detailed guide for load tests for web servers with Python. The difference between the load test with Apache Bench and Python is that using Apache Bench for load test is still faster than Locust, but with Locust having a graphical user interface and configuring the load test in a more detailed way is possible.

Load tests for web servers are important for SEO, User Experience, and web page loading performance optimization, along with web security. A strong server will let users load the necessary resources for the web pages faster, it will be able to open more concurrent connections to serve the users. Apache Bench Load Testing tool can be used to perform load tests for web servers and websites to compare their back-end infrastructures and technologies. A strong server can respond faster to the Search Engine Crawlers such as Googlebot, Bingbot, or Yandexbot. Thus, a load test and its results can show SEOs which websites have a better server, and what can be improved.

Shared Servers, Visual Private Servers, Dedicated Private Servers have different response times and load capacity. And, for SEO Performance, a shared server (hosting) or a private hosting (server) can affect the SEO performance, crawl success rate, and user experience. Thus, testing a website’s server in terms of responsiveness, load capacity, and response speed is important for SEO, UX, and page speed. A Holistic SEO can use Apache Bench to perform load tests for websites and their competitors to have an insight into the server statuses.

Crawl stats, response status codes, and log analysis can be used to understand a web server’s communication with a search engine. A fast crawlable website with a strong server is a fundamental need for SEO Performance. Our Apache Bench load testing tutorial will be updated in light of new information over time.