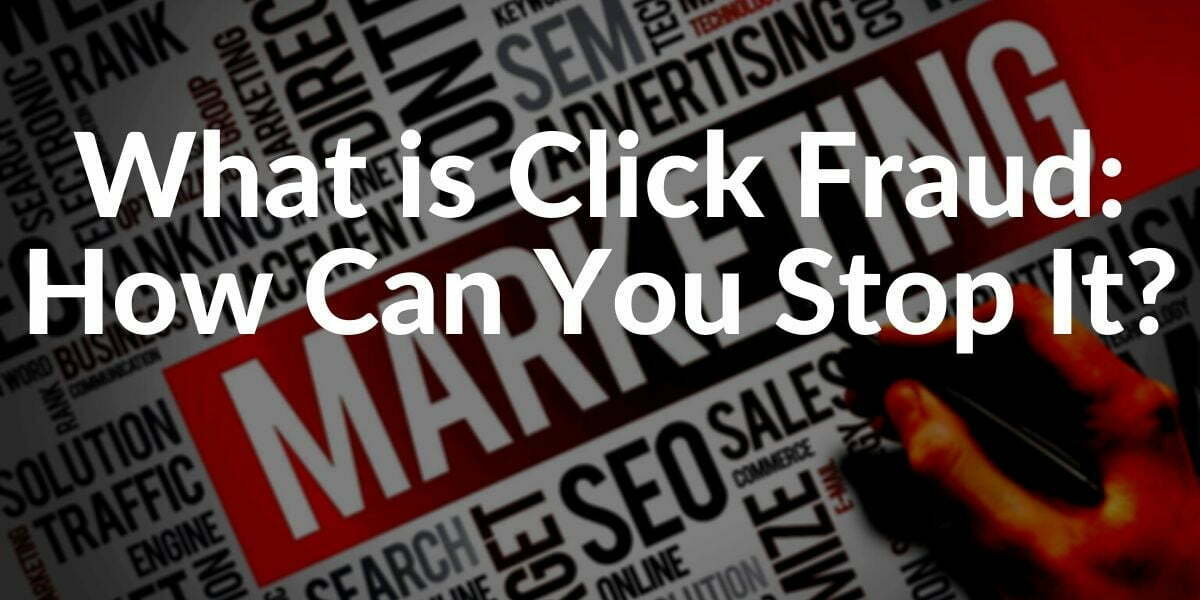 Click Fraud, in English click fraud, refers to the creation of clicks with malicious or fraudulent intent. Clicks on advertising banners are artificially generated, behind which there is no intention to buy. The goal is either to increase your own income through advertising banners or to push the budget of the competition so far that their banners are no longer displayed.

Click fraud is either done manually or automated by appropriate software. Common methods are:

In addition, clicks on advertisements or social media posts are sometimes generated through campaigns in social networks or forums. Users are specifically encouraged to click fraud in order to push content or cause unnecessary advertising costs.

Click fraud costs Google more than $1 billion annually. The fraud lowers the quality of the ad network. If the total number of clicks is compared with the number of clicks that actually lead to the purchase, the worthless multiple clicks damage the value of the advertisement. Search engines then earn less from the ad, with the loss in value causing the most damage to the market leader Google. Confidence in this form of advertising is also affected.

The advertising company is also financially damaged. Click fraud can do a lot of damage, especially to small businesses that have very limited advertising budgets, right down to doing business. The damage here is caused by the fact that the ad disappears early because the maximum amount has been artificially reached. The ad thus costs money without the prospect of new customers.

To prevent click fraud, both automatic and manual test steps are usually used. For example, Google relies on an online filter that checks all clicks on advertisements in the display network and automatically intercepts a suspicious constellation of time, date and IP address. In the next step, Google employees will check these manually. AdWords users can also report noticeable click behavior. If after a check it turns out that it is Click Fraud, the advertiser will be compensated.

In order to get an invalid click on the track, advertisers generally use the same tracking mechanisms on which the success monitoring of advertising is based. With Analytics, for example, Google offers a server-side implementation with which it is possible to monitor the success of an advertising campaign and fluctuations in the number of clicks. Click patterns can indicate click fraud in which, despite the lack of conversion, there is a sharp increase in the number of visitors. Here it is advisable to compare noticeable clicks with the log files of the webserver. Relevant information is above all:

While the IP address of a website visitor indicates the outgoing server of suspected click fraud, comparing the time stamps helps to find the clicks that lead to the website via an advertisement, but do not end in conversion there. If there are a conspicuous number of click timestamps for a specific IP address, but not a single action timestamp, this indicates a high probability of click fraud. By identifying the user agents used, advertisers can also determine whether clicks on a certain IP address come from multiple users or can be traced back to the same device.

If a conspicuous number of clicks have been registered via a certain IP address, advertisers should check whether this possibly belongs to a proxy server. Such communication interfaces are used on public Internet access, such as those provided by cafes, universities, or airports, and may lead to a large number of website accesses with the same sender IP. Click fraud is sometimes disguised via proxy servers. An analysis of user behavior on the website linked to the advertisement helps here. If there are recurring patterns instead of a natural variation, this suggests click fraud.

IPs that were exposed as the starting point for click fraud can be blocked by the operator of the advertising network. Advertisements will no longer be displayed to users with the corresponding address, which means that there will be no fraudulent clicks.

The motivation to click fraud is different and can generally be divided into two types:

The following types of competitive advantage are usually intended by the click fraudster:

After the pay-per-click providers such as Google rigorously act against advertising partners who sneak in on services through click fraud, the main motivation will be found in the competitive advantage.

Last Thoughts on Click Fraud and Its Importance for SEO

Click Fraud can also be used in SEO to tarnish Google Search Console Data like in Log Analysis Files by imitating the Googlebot. To prevent this situation, you should always check the Log Files with DNS Reverse Look Up and you should check the sessions’ characteristics to grab out the non-real users’ sessions from the data. Also, preventing the customers’ budget melting because of Click Fraud is an important reflex for the Holistic SEO since the success of the SEA project can also affect the success of the SEO Project in many ways.

As Holistic SEOs, we will continue to improve our Click Fraud Guideline for a better digital marketing playground.