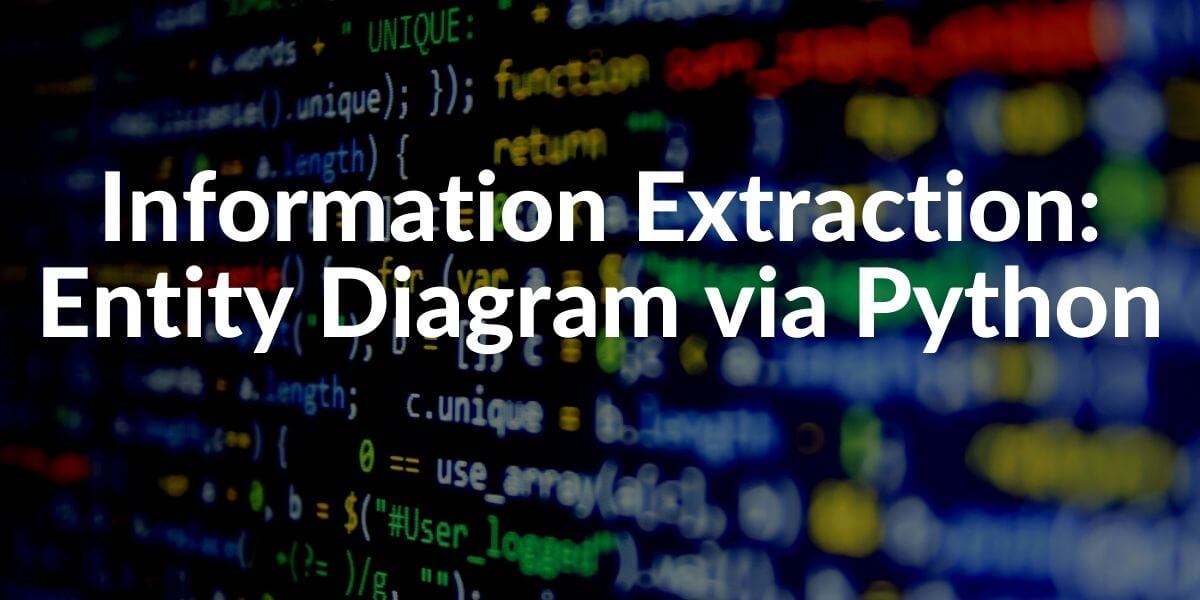 A knowledge graph is a graph that consists of different types of entities and their connection to each other. Search Engines create a Knowledge Graph while crawling the web so that they can easily detect the relations between entities and understand the purpose of the web page or relevance of the web page for certain topics.

In the context of Knowledge Graph and Entity-based SEO along with Semantic SEO, creating a Knowledge Graph from entities in a Web Site or a Web Page is useful. This helps one to understand the missing concepts, terms, angles in an article, or a topical cluster. So, the one can create better coverage for a certain topic in a better organized, structured, and semantic hierarchy for Search Engines’ understanding and Users’ benefit.

In this guideline, we will create a knowledge graph with Python from entities in an article while extracting the entities within it, creating a relation tree between each other.

Information Extraction from an Article with Python

One may find an example of the information extraction below.

“Holistic SEO & Digital has been built by the Koray Tuğberk GÜBÜR who believes in Coding and Marketing Harmony.”

In this example of sentence, we may extract entities with human-eye.

First, we have extracted entities, then we have created the conclusions and meaning structures from the text. We also can produce questions that we can find answers from this simple raw text. Natural Language Processing is the process of extracting meaning from a raw human-readable text.

In this entity extraction, we have used “subjective” modifiers to give meaning to the entities’ semantic structure. Machines use a different syntax for understanding the language of humans that is called Natural Language Processing.

In this context, we will use SpaCy Python Natural Language Processing Library along with Marius Borcan’s Python Knowledge Graph Algorithm that is built on SpaCy.

Our other guidelines related to the Python and SEO Intersection:

What is SpacY and How to Use it for SEO?

SpaCy is a Natural Language Processing Library. Thanks to SpaCy, extracting entities, word relations, objectives of a word in a sentence, angle of content is easier. In the future, creating knowledge graphs with Python for content will be a traditional Holistic SEO Behavior. Understanding the content’s context, angle, entity relations are important in the same context.

You may find a simple example of usage for SpaCy.

You may find the result below.

There are teeny tiny some errors here because we didn’t train or NLP Model for this specific topic. For instance, “Kemalism” is not a person, it is actually an ideology. The “NORP” is a shortcut that stands for “Nationalities or Religious and Political Groups”. There are more “Named Entity Recognition” terms in the SpaCy. You may find some of them below.

Extracting all of those entities in a Semantic Relation can help SEO for Content Strategy and Content Coverage in a better-organized Query and Search Intent Network.

How to Create a Knowledge Graph and Visualization with Python

Marius Borcan has created a useful Knowledge Graph Creation methodology with Spacy, Matplotlib, and NetworkX. In this section of Python Knowledge Graph Creation Guideline for SEOs, the source code of the functions is also be used and explained. You also may download the python-knowledge-graph repository from GitHub for use. We will start by importing the necessary libraries.

We have imported SpaCy, English Language Kit, Networkx, and Matplotlib’s Pyplot. Now, we will create our 8 different functions with the help of these packages and libraries.

First function is “getSentences()”. It simply creates an “nlp” variable that uses SpaCy in English and “sentencizer” pipeline component. Sentencizer detects the word boundaries to create strings. In the return statement, we have used list comprehension for taking every word from a text document.

Second function is the “printToken()”. It simple prints all the tokens in a text for us.

Third function is the “appendChunk()”, it simply prints the original statement and its role together.

Fourth function uses the ready to go SpaCy tags to create relations between “tokens”. If a word is adjective to another word, the one can use this function to see the relation between the words.

The fifth function is showing the words’ types such as whether they are compound or not.

This is the most important function. We are extracting all types of “tokens” such as “subject”, “object”, “relation”, “subjectConstruction”, “objectConstruction” and more. According to the if statements’ result, we are appending every token into the these variables. After the classification is being done, we simply return them.

Seventh function simply uses the sixth function as a callback to create a NLP Model.

Eighth and the last function is for creating the graph. Now, at below we can simply create our Knowledge Graph from an example of text. Now, let’s import all of the necessary functions for a real use case.

You also may use “from knowledge graph import function 1, function 2, function 3” for a shorter import code block, but I wanted to show every function in a better hierarchy. Below, you will find our example of text.

Now, we are calling our “knowledge graph” creator function chain.

Here is the result:

As you may see that all of our sentences have begun with the person entity, Ataturk. Thus, our knowledge graph’s center is Ataturk. We also can see the features, similar sides to other people, actions, and other types of entity recognition easily. This methodology can help SEOs to create knowledge graphs with a deeper perspective for content strategy, quality analysis, and comparative SERP Analysis. Holistic SEOs can use Python and SEO for understanding machines’ capacity better. Understanding how Search Engines’ Algorithms’ may interpret content and how they can see the entities in a connection can easily be seen with Knowledge Graphs and Information Extraction.

Knowledge Graphs are closely related to Search Engine Optimization. With Python, we can simply generate questions from reading the content. Thus, seeing a Knowledge Graph can easily help us to see which questions can be answered with the specific raw text. In this way, Holistic SEO can see the missing points, entities, relations, and angles in the content.

We can answer these questions below from the example above.

You also read more about “How to generate questions from a content with Python” guideline to learn more.

Creating Knowledge Graphs via Information Extraction with Python from a raw text can make Holistic SEOs create more clear and understandable content for the users and also Search Engine Algorithms. Showing the entity relations and related entities with different synonyms and stemming formats with expertise is a must for creating better content. Creating questions and answers for the users along with different types of functions and services are useful. Knowledge Graphs and Information Extraction with Python can help for performing a Content Quality and Coverage Audit.

Simply, comparing the questions that can be answered via Knowledge Graph Visualizations between competitors help a Holistic SEO to create better content with unique information for Information Gain Score.

We will improve our Knowledge Graph Creation Guideline by time while creating more articles related to the NLP.