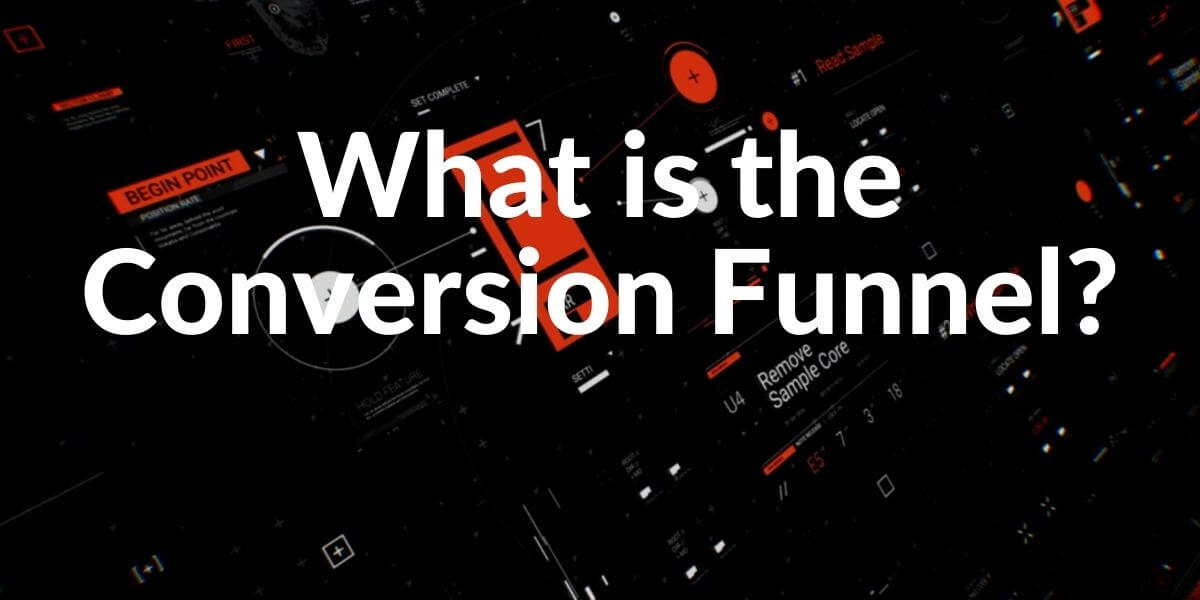 A conversion funnel is a set of stations that a user should go through until the conversion, i.e. until a purchase, the booking of a service, etc. The term “funnel” refers to the fact that with every step towards conversion, the number of users decreases because there are numerous exits on the way. The narrow funnel opening shows all “remaining” users who have become buyers at this point.

Stations in the conversion funnel

The conversion funnel can be divided into different phases . The type and number depends on many factors, including:

In the course of these phases, the number of users continues to decrease, as people “get out” in each step. This is a natural process and doesn’t have to be a bad sign for the website. Perhaps the user is simply not yet sure whether he really wants to buy the product, perhaps the user first wanted to find out the price and will only buy in the future, perhaps the user does not have time to finish the purchase, etc. The options The exit before the desired conversion is so diverse that you can never turn all visitors into buyers.

An Example of Conversion Funnel’s Definition

The buyer’s path to purchase

Let’s say an internet user reaches a landing page that advertises a computer game. In order for our internet user to buy the computer game, he has to click on a button (Call to Action – Element). He then comes to an online form in which he enters data such as his name, surname, delivery quantity, payment method, and delivery address. With a click on another button, he comes to another page, on which his details are displayed again for checking. Now he clicks (again!) On a button and completes his order. Only then does he really become a buyer and increase the conversion rate. But what does that have to do with a funnel?
A funnel is the summary of all touchpoints of a user along an intended use up to the offer and its use

As an example, 1,000 people reach the landing page each day. 300 of them click on the Call to Action element. 250 fill out the online form completely and click on the second button. When looking at the control page, another twenty of the 250 people jump off, so that a total of 230 people complete the purchase. Here we have the funnel: 1000 come in, 230 finally out. As a rule, some people jump off every single step. For a marketer this means:

He should (mostly) reduce the number of steps he takes to the potential buyer of his products to the lowest possible number.
At the same time, a look at the funnel offers the opportunity to analyze which steps lead to particularly high bounce rates: Maybe a lot of potential buyers jump off the online form? Then something must go wrong here. Many visitors to the landing page do not click on the “Call to Action” element? Something is probably wrong with the landing page.
The conversion rate can be calculated by looking at the number of website visitors and the number of buyers alone. You can only find out where it can be effectively optimized if you look more closely at the funnel. This is made possible by various programs.

Not all funnels are the same
The conversion funnel that we described above is a linear sequence of pages. But it does not have to be inevitable. For example, a link to a second page with detailed information about the product and a button that leads from there to the order form would be possible on the landing page. Then there would already be two possible funnels:

If an A / B test is currently running with two versions of a landing page, landing page A or B is the topmost area of ​​the conversion funnel. Good software with which a conversion funnel is analyzed can provide analyzes for all of the above-mentioned cases and also go into much more detail. With an online form, for example, it also shows a user which input field has the highest bounce rate. Perhaps the users find it difficult to cope with a certain input field or do not want to give the information requested there? Good software for the conversion funnel analysis gives you an indication of this. (And good testing tools even show the effect of the test variants on the behavior of the visitors in the funnel!)

It thus becomes an instrument that makes very precise specifications for effective A / B tests. If the bounce rate for a certain input field is very high, you should test variants in this field and see how they bounce and conversion rates develop. Note: If you want to optimize, you have to go into the funnel. Deep inside!

The term “funnel” does not really apply, because with a funnel everything that is “thrown in” at the top also passes through the narrower lower opening. The conversion funnel is actually a funnel with numerous holes because the users who decrease with each phase do not simply disappear. You just leave the path you want and go in a different direction instead.

Web analysis tools like Google Analytics or etracker not only offer a good graphical representation, but also make it possible to understand these directions and paths. You can also see where the visitor went after the funnel exit. The prerequisite is, of course, that you first define the individual steps of the funnel and the conversion goal . You can set up a separate funnel for each goal.

As an example, a brief explanation of the conversion funnel in Google Analytics:

The size of the funnel, of course, depends on what you want to analyze within the path to conversion. The goal is to define the funnel as precisely as possible. The better you can find out where it “sticks”, ie where potential buyers get lost.

The conversion rate gives a percentage of how high the proportion of buying visitors is, but alone does not provide any starting points for a more detailed analysis or for defining optimization measures. This is only possible by looking at the conversion funnel. Because here you can see exactly where the users jump off and countersteer accordingly.

Optimization measures for the conversion funnel can look like this, for example:

Reduce the number of steps to convert – the fewer clicks the user needs to sign a contract, the better
start with steps with a particularly high bounce rate – may be something in the online form does not work as the user imagines, maybe the call-to-action button is not placed prominently enough, maybe the call-to-action is not clear enough, etc.
Lead potential customers directly from the ad or from the landing page directly and without detours to the product
Simplify order forms – keep them as short and clear as possible, clearly mark mandatory fields, etc.