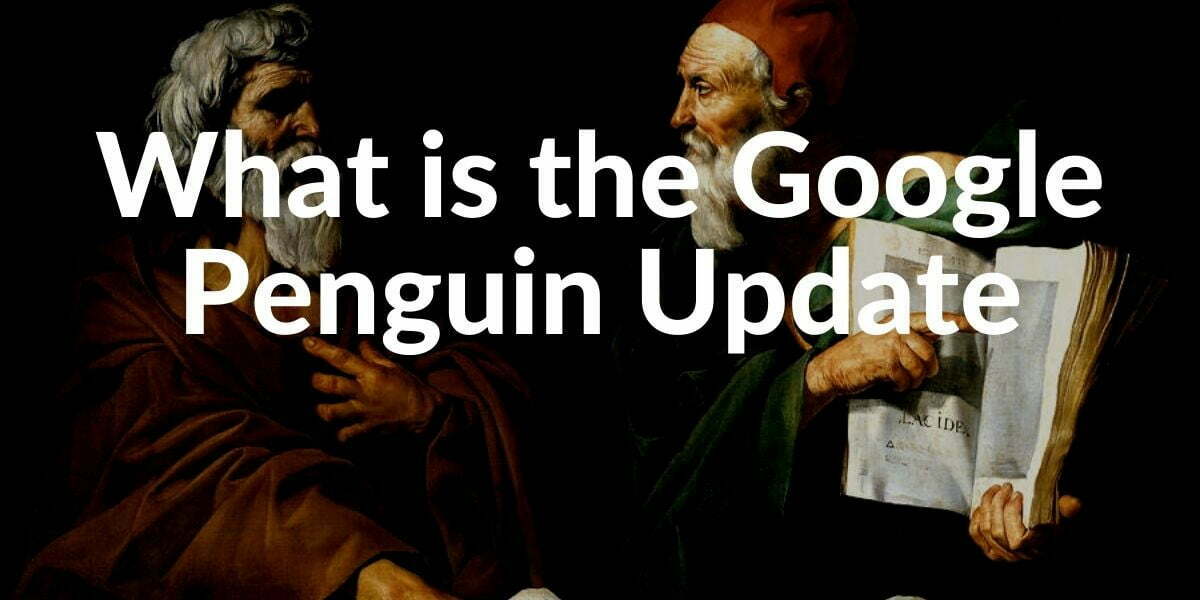 The Penguin Updates (Penguin Updates) relate to a number of algorithm changes and data refreshes from Google. The aim of the adjustments is to identify and remove webspam in the search results. Google wants to reduce the manipulation of search results and deliberately punish page optimization that does not seem natural.

Google refers to webspam as measures that website operators take to get their page up in the search results. According to Google, only the content and thus the added value for the user should be decisive for the placement in the SERPs.

Basically, Google’s updates were about containing “webspam”. This generally means all measures and techniques that are used in the context of search engine optimization contrary to the Google Webmaster guidelines to achieve a better ranking. Pages that use such spam measures for their optimization are punished by the updates so that their visibility drops noticeably or they are even completely banned from the SERPs.

The main focus was on web spam in connection with backlinks and keyword stuffing.

Since the user does not benefit from techniques such as unnatural link building, cloaking or keyword stuffing, the affected websites rank too high from a Google perspective. The Google Search Console guidelines define exactly what is not allowed for website optimization. Violations can result in a penalty by the penguin update. Google does not disclose the exact variables that lead to punishment. However, the typical “Penguin loser websites” show which violations have led to this.

The aim of the Penguin updates was and is to limit the manipulation of search results. To do this, Google has introduced a completely new algorithm that specifically looks for unnatural page optimization. It is not known exactly which variables are used here. Therefore, the SEO industry mostly makes assumptions about the background and possible measures. However, thanks to the analysis of the losers after the updates, there are clear signs.

1.Subject relevance of the linking page to the linked page

The linking page should be thematically related to the linked page since it is simply more likely and more natural if recommendations come from similar subject areas.

Natural links are usually set by websites that have a certain topic relevance. As a rule, an aquarium lover does not tell his readers about the cheapest overnight accounts. So if a link suddenly appears in a text that is about something completely different and does not fit into this environment at all, this is also noticeable.

2.Link texts with a high proportion of hard keywords

Before Penguin, hard link texts with money keywords were common because they simply worked and brought the page up due to the massive keyword links. However, a link profile in which more than 50 percent of the links consist of money keywords is very unnatural, since the “normal average user” does not link in this way. Instead, the link profile should consist of a mix of general terms such as “here”, “so”, “more information”, brands and money keywords as link text.

If you look at the link in the sense of a “recommendation”, the purchased link is probably the biggest violation of the Google guidelines. After all, the website operator only links because he receives money for it and not because he is convinced of the linked content and likes it. In this context, the Penguin Update penalized entire link networks in which links were sold via platforms. However, Google now not only uses the algorithm to track purchased links, but it also imposes manual measures. In addition, the penalties affect not only the pages with unnatural backlinks but also the link-giving pages.

If the number of links suddenly increases suddenly, while before that only a new link was added every now and then, this also looks suspicious and speaks for an unnatural link structure. Actions can also lead to a sudden high increase in links, but this can then be attributed exactly to the respective action.

Links from inferior pages without added value for the user or pages that serve the sole purpose of linking and which therefore also lack additional value are considered bad backlink sources. This applies e.g. to so-called link farms, web catalogs, and article directories. It is basically not harmful to the link profile if a link comes from a web catalog or similar directories, but the profile may not consist largely of it. After all, these are not recommendations, but only self-made entries.

Many search engine optimizers have built up tons of links for a long time, each of which linked with hard money keywords. Other search texts such as brand keywords or non-keywords (eg “more information can be found here”) were largely pushed into the background or even completely neglected. Such unnatural link profiles with well over 60 percent of money keywords are a clear indication of webspam measures for Google Penguin since natural link profiles do not have such a high density of money keywords.

One speaks of inferior backlinks if they come predominantly from websites that offer little added value themselves or were even established only to build links. Certain positions of links also look suspicious. Examples of this are backlinks …

The development of the Penguin updates

There have been six Penguin updates so far, of which only three were full updates and three were only data refreshes. In the case of a data refresh, an analysis is carried out using an unchanged algorithm. The first update was initially called Webspam Algorithm Update and Google officially called it “Penguin Update” a few days after its release.

So far there have been the following updates and data refreshes:

The first Penguin Update in April 2012 showed the most significant effects compared to the other updates and refreshes. About three percent of the English-language pages were affected. Major effects were only noticeable again in Update 2.0, which according to Google was a completely new “Penguin filter generation”.

The fact that a website was punished by the Penguin Update can be recognized by a drop in visibility in the search results or visibility that tends towards zero. The exact algorithms used are unknown.

Whether the sharp changes in the visibility index are really due to the Penguin update and not have other causes, e.g. due to technical work that was carried out on the website at the same time, can be seen in the course of the weeks/months after the update. If the value remains constant at a low level after the decrease, this clearly speaks for the effects of the Penguin update. Improvements are then only noticeable after the next refresh or update, of course only if you take appropriate measures.

What can you do after a Google Algorithm Penalty?

Those affected by the Penguin Update should primarily analyze and improve their own backlink profile. In this case, improving mainly means deleting, i.e. removing the link. However, here it is important to check whether the link is really bad in terms of Google guidelines, otherwise, you may delete good links and keep harmful links, which of course prevents the ranking from recovering. Successful link removal, just like link building, requires a lot of experience.

In addition, Google launched the Link Disavow Tool in October 2012, with the help of which webmasters can even check unnatural or spammy links and have them devalued. At the same time, new, natural-looking links can be set up to actively strengthen the backlink profile.

If a website is affected by visibility losses shortly after a new Penguin update is rolled out, those affected should first analyze what is causing it. Very often, the site operators themselves already know what mistakes they might have made in search engine optimization, for example in relation to the establishment of a one-sided link profile or the purchase of links.

Otherwise, an examination of the backlink profile can provide information. The uncovered spam measures must now be undone. Specifically, this means manually removing “bad” links and cleaning up the link profile. This can be achieved by asking the operators of the linked pages to remove the links.