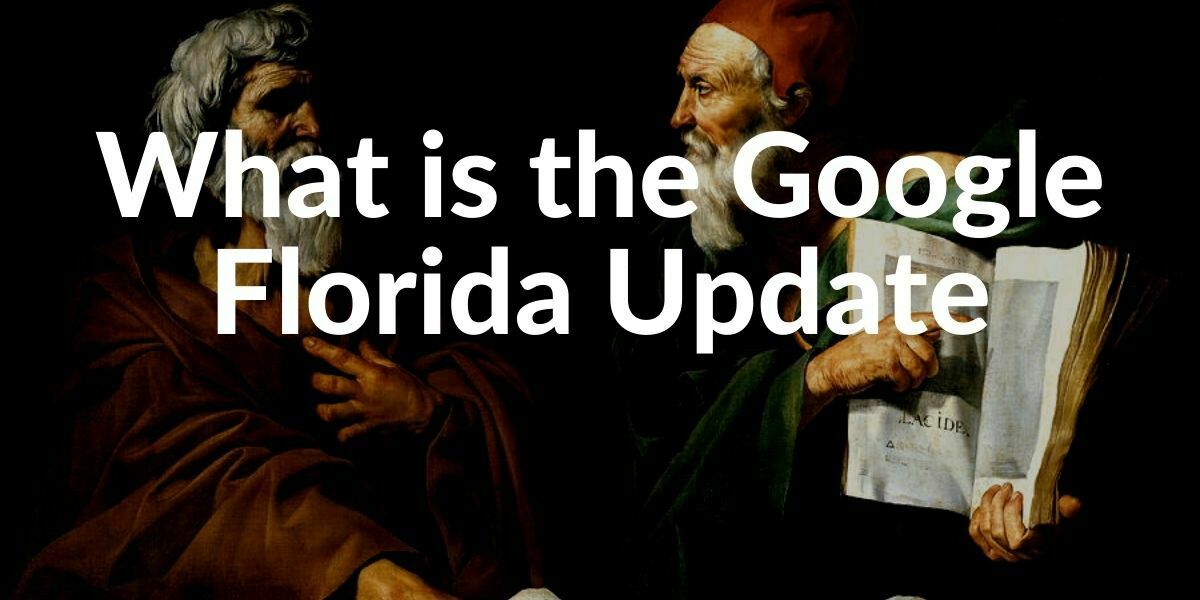 The Florida update is a change in Google’s ranking algorithm from November 2003. However, it is an unofficial name for the update. At first, this change mainly affected the English-speaking world. The non-English-speaking area, however, only touched the update at the end of January 2004 after further changes and adjustments were made. Computer experts introduced the name of the update. With such adjustments or updates, it is not uncommon for them to be named after a hurricane, as was the case here.

The goal of the Google search engine is to deliver results with the best quality and the best match to the user’s search request. This objective was formulated by Larry Page with the words:

That necessitates preparing the ranking algorithm against spam attacks and manipulations. Since there were a lot of problems with link spam and incorrect search results before the Florida Update, Google planned extreme changes in its PageRank algorithm in 2003.

What was the Purpose of Florida Update in 2003?

What Changes have been done by Google with Florida Update?

SEO specialists tried to find out what innovations in the Google ranking algorithm resulted in the drastic changes in the positioning of websites. Some theories about possible features of this update are listed out below.

Theories about how the update works:
It has not yet been clarified which of the adjustment algorithms Google turned in detail with the update. A filter may have been used for certain search terms that devalued pure SEO backlinks. Another assumption is that the LocalRank has been implemented as a criterion. This is a method that can be used to evaluate the networking of related pages in the ranking. Finally, experts speculated that The majority also became relevant.

It has been suggested that Google uses an SEO filter to a specific list of search terms. Thus, if a word from this list is used, the SEO filter gets activated, otherwise, the search avoids it. Therefore, it may happen that websites are removed from the ranking by the SEO filter or get a bad ranking position.

According to theories, Google primarily targeted the revenue-generating “money keywords”.

LocalRank is a method for modifying the ranking, which is based on links from sites that have been selected for the ranking. According to theory, Google has added such a method to the algorithm and therefore websites with many intermediate links were ranked high.

This idea postulates that Google now sorts words with the same root word in a search query (such as tree-trunk or tree trunk). This means that Google will automatically search for variations, which also contain the requested word root. In conclusion, Google introduced the recognition of stem and hyphenation with the Florida update. For the result display, it was irrelevant whether the user entered “flower pot” or “flower pot” as a search term in the search mask.

What was the Outcome of the Florida Update in 2003?

Google’s results pages have changed extremely in some cases. Thousands of previously well-positioned websites that have placed as many but inferior quality links as possible have either been rated worse by the update or removed entirely from the index and thus from the search results. For many companies, especially shop owners, this meant high financial losses or, in the worst case, business ruin.

Since the Florida update, Google has been making adjustments to the algorithm at shorter and shorter intervals in order to continuously improve the quality of the search results. Our SEO experts focus on individuality and high quality in search engine optimization. In this way, we can ensure that your website remains stable in the desired position in the search results with every update.

As you can see the fight against spam is a continuous war for Search Engines, as Holistic SEOs, we don’t need to use spammy methods because we know how to code and how to understand Search Engines correctly.