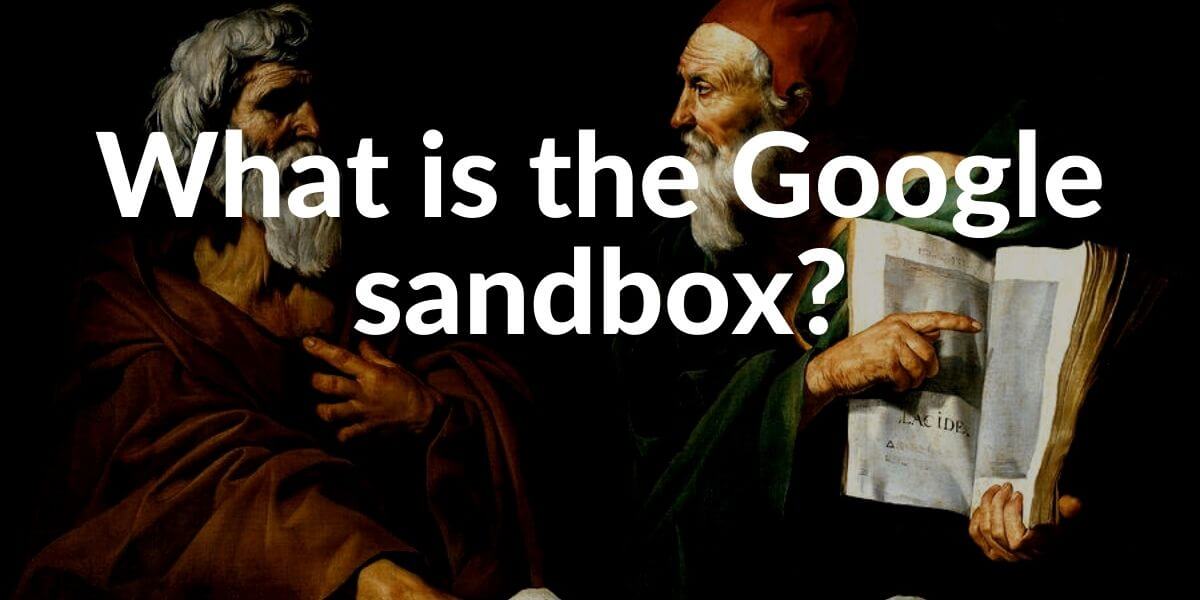 Google Sandbox is a phenomenon that mainly affects the ranking of young websites. The effect significantly worsens the ranking of these domains. A full definition of the Google sandbox is not possible because the search engine Google is silent about the existence of the supposed filter.

Google says that they don’t have such a filter or they don’t decrease visibility for the brand new domains. But, still, on the SERP, new domains can’t get enough visibility like old times. Before 2018, a new domain could get the first rank for important keywords without waiting for 5 or 6 months. This led to SEOs create more web sites for the targeted query group, creating repetitive content with the same web page layout. It also created more Private Network Blogs which is another method for link scheme.

Because of this situation, Google wanted to see sustainable and stable progress on the brand-new domains before giving them higher visibility. This is a kind of trust gaining process which helps keep SERP as clean. Google didn’t say anything about this topic, because saying that “We are decreasing visibility for the sites according to their ages” can create a negative effect on Google Algorithms’ reputation. Brand Power, Historical Data, and Entity Reputation and High Impression are the key factors for getting out of the sandbox.

What is the Main Factor for Google Sandbox? Domain Age or Link Schemes?

The Google Sandbox filter is probably used on almost all new websites, some of which are left out. It was observed that websites that optimize their keywords right from the start are more affected by the Google Sandbox effect. The result of the filter is that new websites can initially be found well in the search engine in the first few weeks after the start, and then lose a lot of position (“sliding like sand”).

It is believed that new websites have to prove themselves before they are fully included in the Google ranking. The exact nature of the sandbox principle is still based on different opinions. There is a generally accepted hypothesis that the Google sandbox refers directly to the age of the website. Another approach is based on the basic principle of link popularity. It is assumed that the sandbox does not take into account the age of the websites, but rather the age of the incoming links (backlinks). It is believed that the links are compared with the content of the website and checked for harmonizing hits. This in turn means that the topic relevance of the links apparently plays an important role in Google ranking and the sandbox filter.

How Does the Google Sandbox Effect Show up?

The Google Sandbox makes itself felt in the index when a website with a small age disappears. This means that a domain that was previously ranked can suddenly no longer be found despite active indexing.

The targeted optimization of websites leads to them getting good rankings in the search engine’s SERPs. If this ranking is inexplicably lost after a few weeks or months, the search engine is suspected of being punished.

It is assumed that Google makes a selection of new and particularly highly optimized websites. The sandbox algorithm thus acts as a spam filter and, it is assumed, applies to certain industries, and their keywords. The Google Sandbox assesses the trustworthiness of the fresh page and initially breaks it on its journey to the top positions with a penalty. The phenomenon described can be found in forums or blogs, for example.

Google’s Sandbox: Where does the Expression Sandbox Come from?

In 2004, the term Google Sandbox established itself in the context of various discourses as a supposed filter that detracts from young domains. The sandbox (German sandbox) takes on the function of a metaphor. Young domains are literally sent by Google to play in the sandbox until they are mature enough to be able to participate in the older pages. Basically, this means that a website must first prove to be of high quality before it is granted the right to achieve the top rankings. The new website will, therefore, be put to the test by the sandbox.

The existence of Google Sandbox cannot be clearly demonstrated. Google is silent when it comes to the official confirmation of the filter. So the criteria of the supposed Google Sandbox remain hidden – unlike the big Panda Update or the Penguin Updates. The technical consensus on the Google Sandbox among SEO professionals is also controversial and characterized by conflicting opinions.

How can the effect possibly be avoided?

The mode of operation of the Google Sandbox is not clearly proven. However, it is important to observe certain criteria, especially during the start-up phase of a young website, so that Google does not penalize you.

The start-up phase of a domain is particularly crucial and sensitive. For example, the existence of one or more filters that penalize link building too quickly is known for the most part. This leads to increased awareness in the following areas:

Legitimate link building with natural growth: It is advisable to build the links slowly and carefully. If growth is too rapid, you risk being penalized. In this case, too many backlinks damage the ranking. Instead, the backlink growth should continue to grow
High-quality content: The content should be attractive and appealing to the visitors of the page.
Authentic link structure & anchor texts: Similar anchor texts should be avoided. Textual variations are advantageous.
Be patient with SEO optimization: In the beginning, it is important not to optimize too intensely for highly competitive keywords.

How long does a sandbox effect last?

Just as controversial as the effect itself is its duration. Statements on the durability of the punishment range from three months to more than a year. If the ranking of a new website deteriorates for inexplicable reasons, mindfulness is required. During this phase, the site should be continuously developed.

Is there a test that reveals whether a page is affected by the sandbox?

It should be emphasized again that there are no clear indications for the actual existence of the Google Sandbox. Basically, certain indicators refer to the described effect. Generally, unnatural or illogical rankings of a website indicate the Google Sandbox phenomenon.

It can be tested with a simple trick whether a domain is affected by a Google Sandbox penalty:

It is sufficient to combine a typical keyword of the page with a keyword that makes no sense for the industry and the subject area. If the page subsequently appears in the SERPs, this is a possible indication of the described effect of the Google Sandbox.

Can A Web Site Enter the Google Sandbox Again?

Also, People use Google Sandbox as a term for Algorithmic Punishments. Besides Manual Actions, the Google algorithm may detect a web site’s spam methodology and decrease its rankings while marking the web entity as “non-reliable.” Gaining the trust of the Algorithm again is not easy unlike the Manual Action Team of Google. Also, in the Algorithmic Punishments, the web site owner doesn’t have a contact to fix its problem. It can only be understood with a highly intensive SEO Research.

Possible reasons for Algorithmic Punishments for the Content Publisher:

This list may be longer. You can learn more about Google Punishments with reading our Manual Action and Google’s Algorithmic Punishments article. Google’s Web Spam Detection and Fighting Policy and History always help a Holistic SEO to understand the Search Engine Ecosystem better. We will continue to improve our Sandbox Guideline in time.